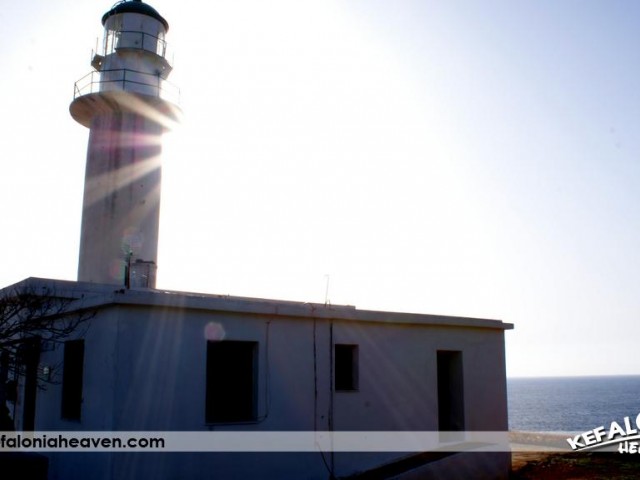 One of the most famous sights of the Paliki Peninsula is the lighthouse of Geros Gobos. It is a 13 meters high tower on the tip of the corresponding cape. It was built by the English in 1807 and destroyed by the German troops during their departure from the island. It was built immediately after, in 1947.

The lighthouse’s range is 20 miles.

The lighthouse is very close to Lixouri, immediately after a lovely route, which passes by some of the most beautiful and picturesque places of the area. Lepeda beach, Michalitsata, Soularoi and Xi are some of the places worth stopping on the way to see the lighthouse. Also, Matzavinata, with the known to everyone kounopetra, is another mandatory stop on the way. But also upon leaving, Havriata (the balcony of the Ionian) and Kipouria are two more sights of the area which you should visit.

The view from this spot is mesmerizing. Spread out before you is not only the vast Ionian and the view of the peninsula, but also some of the most beautiful and ,at the same time, historical parts of the island. There was a temple dedicated to Poseidon at this cape, the mosaic floors of which you can find as remains in the Archaeological Museum in Argostoli. Historical references say that it is exactly there that ships having destinations like the great ports of the Mediterranean, Sicily, Italy and Malta would stop.

Most of the information, as well as the picture come from the following website with Greek lighthouses, which we recommend that you visit.