HomeSightseeingChurch of Evangelistria at Kastro 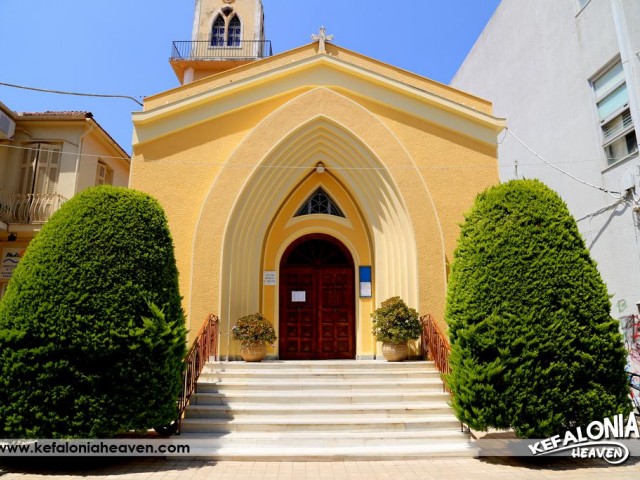 The Catholic Church of Argostoli, which is dedicated to Saint Nicholas, is in the picturesque Lithostroto. It is the only Catholic church in Kefalonia, but it has many families of believers, a number exceeding 2.500.

The church was destroyed by the earthquakes of 1953 and was rebuilt in its current location immediately after, on a smaller expanse than where it had been before. The church’s ritual is special, particularly during the Christmas and Easter holidays, but also during the Virgin Mary’s in September.

During the summer months, the church holds mass every Saturday evening, but on Sunday morning and evening as well, in order to cater to the numerous believers’ religious needs.

The Catholic Church possesses a great number of important documents, mainly of religious context, which were saved around the time of the earthquakes. In terms of management, it belongs to Corfu, but, in terms of time periods, it follows the church calendar of the Orthodox faith (Easter), just as all catholic churches in the country do.