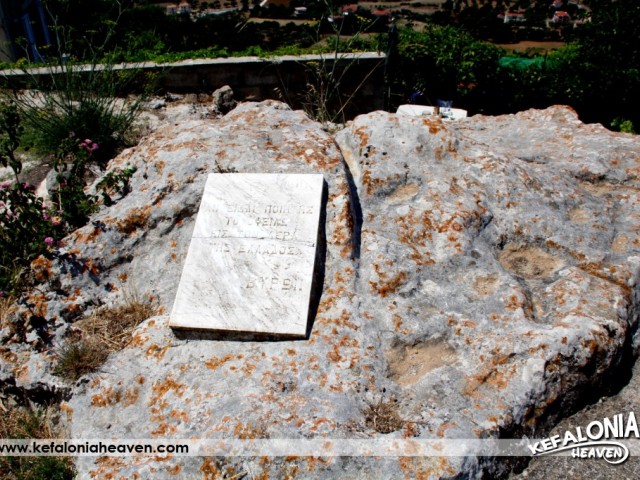 One of the historically known biggest philhellenes was Lord Byron. But few know of his passage from Kefalonia. The name of Byron Street in Argostoli links him to the capital in most people’s logic.

But there is historical reference that he had a close relationship with the area of Livathos. In the village of Lakithra, one of the most central and beautiful villages, there is the so-called “Byron’s Rock”. The rock is situated near the location “Kallithea”, in one of the most impressive observation posts: that facing Zakynthos.

It is said that he sat there and pondered endless hours, simultaneously writing, inspired by the lovely scenery, along with the Greek’s fight for independence.

Today the rock is surrounded on 3 sides by houses, whereas next to it, there is a small local chapel.

There is a sign on the main road that reminds us of its existence and leads us through narrow streets to this unique clearing. It also makes us reflect on the fact that our beautiful island was a source of inspiration for many great men, even if they had no relation with Kefalonia whatsoever and luck just brought them here.