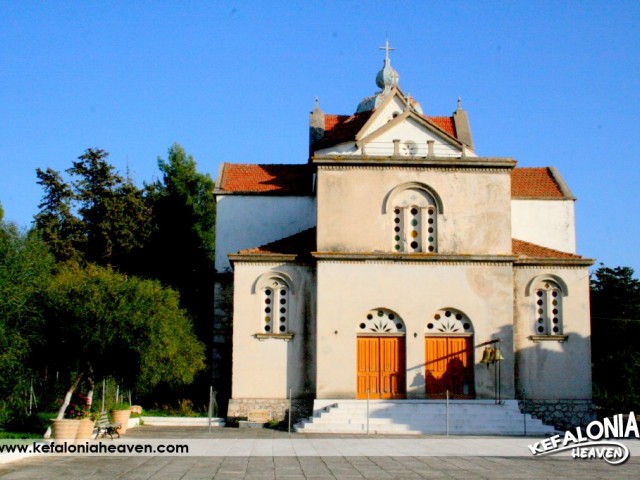 Generally, Antipata Erisou is located in the area of Erisos in the northern part of Kefalonia. It’s a village on the country road Argostoli-Fiskardo, right before the village Germenata, on the way to Fiskardo. It’s an area that has a view of the western Ionian from almost everywhere. It’s a village filled with old houses that are over 300 years old, as it’s located in the area of Erisos which generally was the only area which was completed destroyed by the catastrophic earthquake of 1953. The village also has many impressive modern homes inspired by European and American architecture, as many inhabitants are immigrants in Europe and America. The village also has many types of accommodation, hotels and villas for renting. There are also restaurants, a café, a pizzeria and a mini-market. The old school, which is quite interesting, is also saved. Also, the Church of the Resurrection in the village square displays particular historical, architectural and religious interest.