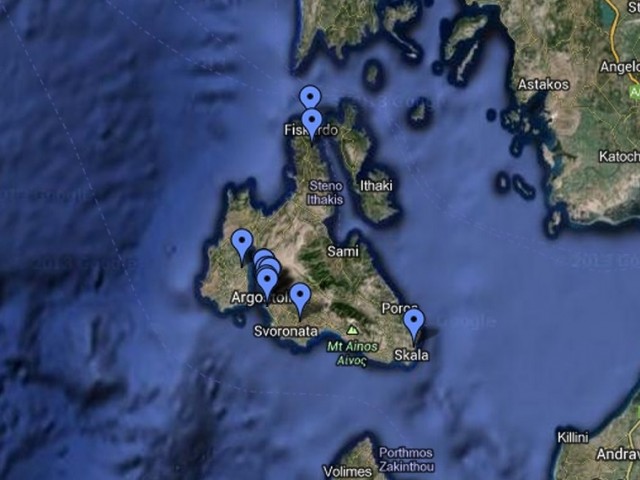 Damoulianata is one of the most picturesque villages on the Paliki peninsula and Kefalonia in general, as many traditional houses that remained intact after the earthquake of 1953 are preserved. It’s close to Rifi, in an area with many trees and lush vegetation.

Today, Damoulianata is situated at a lower altitude than the Old village. Back then, its positioning at a higher altitude had been chosen because it functioned as an observatory for its protection from pirates.

The foundations of Saint Ekaterini’s Church along with the old cemetery are preserved in the area of Paliochori. A few meters outside the village as it is today, is the Church of the Virgin Mary, which was built approximately 150 years ago and nowadays is a traditional monument. Its wood- carved chancel is made by Spiros Antipas, father of the fighter, Marinos Antipas.

Two old wind mills, which are under reconstruction and efforts are being made to be activated, are saved in the village’s highest point. Damoulianata has a Cultural Centre, a rural surgery and a Community Library.